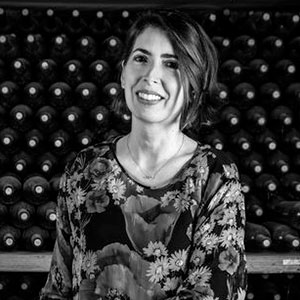 Valentina Argiolas was born in 1977, of a family of wine growers of Serdiana, in the countryside of southern Sardinia, close to Cagliari. From a very early age, she was involved in the Winery’s life, playing among the wine barrels and the crates of harvested grapes, and witnessing for more than thirty years the history of her family’s enterprise. The Winery’s founder was her paternal grandfather, the clan’s Patriarch, who even after handing the family business over to his children remained its bedrock until the ripe old age of 103.

Valentina, who holds a degree in Business Studies, handles the Winery’s marketing and PR. Her role is to spread the word about the Argiolas wines and tell their history, the land they stem from and the dedication that goes into their crafting. The Winery focuses on Sardinia’s traditional and native grape varieties, including those lesser known outside the island, such as Nuragus, Monica, Bovale and Nasco, and this requires dedication to promoting their qualities. Valentina has two small children and so, as all working mothers with a demanding position, she has become adept at running a busy schedule, making sure everything fits in smoothly. She hopes that her children will inherit from the family Patriarch both vision and passion.

One thing she is sure of: soon enough they too will play hide and seek among the great wine barrels which once were her grandfather’s.