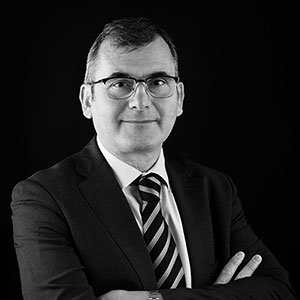 Maurizio Danese is president of Veronafiere spa and an entrepreneur with significant experience in leading companies among the food&wine sector in the Veneto and Emilia regions.

He founded and managed his first company, Center Catering S.p.A. in 1987. Today he is Vice President of Pregis S.p.A., a major company specialised in the supply of food products to the Horeca channel.

He also makes his experience available in association spheres: he has been Deputy Vice President of Confcommercio Verona since 2004; he was appointed to the Local Area Committee of Banco Popolare in 2012; he was president of Confidi Veneto (Credit Assurance Cooperative) between 2010 and 2015; he was a member of the board and governing body of Verona Chamber of Commerce between 2003 and 2019, then vice president between 2014 and 2015.

He was chairman of Verona Innovazione, a special company founded by Verona Chamber of Commerce, from 2009 to 2014.

Danese was appointed President of Veronafiere in 2015 and worked to transform the trade show organizer from authority into a joint-stock company in 2016. In 2020, he took charge of GH, an association of wholesalers active in the Horeca channel. In the same year, he was appointed President of Aefi, the Italian Association of Exhibition Centres and Trade Fairs, having already been Vice President for the previous two years.