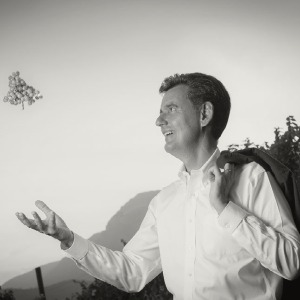 Marcello Lunelli, 53 years old, is the successor of Mauro Lunelli in the role of winemaker for the technical-production sector. He gained a lot of experience first at school and then in the field, that is, in the cellar and the vineyard, through internships and studies in Germany, California, and South Africa. And, of course, in Ferrari next to his uncle.

Marcello Lunelli’s first training was at the Agricultural Institute of San Michele all’ Adige, graduating as a winemaker in 1987. He also graduated in Agricultural Sciences with honors at the University of Milan and then became an

agronomist in 1993. The studies were followed by experiences abroad to deepen, in particular, the new technologies in the creation of “Spumante Metodo Classico”.

He is currently also president of Tenute Lunelli, an agricultural company that manages the vineyards and produces the family’s still wine with offices in Trentino, Tuscany, and Umbria.

Marcello Lunelli has always been very committed to associations, as his assignments of yesterday and today show. He was president of the Trento Young Industrialists Group for five years, and is currently, after a long vice-presidency, honorary president of Agivi, the Italian Youth Association of Wine within Unione Italiana Vini.

From 2005 to 2010 he was president of Format, a highly trained company of the Industrial Association of Trento, and served as a member of the board of directors of Unione Italiana Vini and the Italian Confederation of Vines and Wine.

Marcello Lunelli is married to Roberta and is the father of one daughter, Emma.