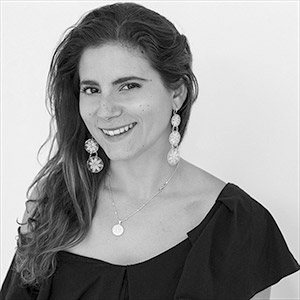 Juliana Colangelo has been a part of the Colangelo & Partners team since 2013 and has worked extensively throughout the company on media relations, client and team management and new business development. Juliana has developed a personal and creative approach to the business, providing excellent client service and building strong press relationships. She is dedicated to delivering results, and working closely with clients to realize their communications goals. She has secured feature stories and placements on behalf of clients in top media outlets such as Bloomberg, WSJ Live, Market Watch, Chicago Tribune, Beverage Media, Wine & Spirits and more. Juliana has worked with a diverse range of wine clients such as: Wines of South Africa, Frescobaldi Toscana, Mulderbosch Vineyards, Charles Krug, Larkmead Vineyards, Kosta Browne and Kendall-Jackson.

Juliana moved to San Francisco in March 2016 to open the West Coast office of Colangelo & Partners. She has built a 9-person team, managing major clients such as E&J Gallo, Jackson Family Wines, Charles Krug, Far Niente, Foley Family Wines, and more. She has played an integral role in establishing a presence for the agency on the West Coast, making valuable media and trade contacts and gaining an understanding of the West Coast market for domestic and imported wines.

A graduate of Barnard College at Columbia University in New York City, Juliana developed skills in communication, event-planning, development and fundraising during her university studies and through various internships including positions with The Clinton Foundation and the Manhattan Borough President’s office. Prior to university, Juliana gained real-life communications and management skills by founding and operating Sisters on the Runway, a non-profit organization dedicated to raising awareness for victims of domestic violence with an annual fashion show. She implements these communication, organization and management skills in her day-to-day work at Colangelo & Partners.

Juliana completed her WSET Level II certification in Spring 2014 and her WSET Level III in January 2017. She also completed the Italian Wine Professionals certification in October 2015 and her MBA in Wine Business at Sonoma State University in August 2019. With shelter in place measures and restaurants essentially closed, Juliana Colangelo created The Supper Share to help sommeliers,and restaurant professionals find new opportunities to share their expertise and talent by acting as a concierge to connect friends and corporate groups digitally with their services. All proceeds go directly to the food and beverage professional and The Supper Share takes no cut of the profit, with a small donation also being given to United Sommeliers Foundation.

Refreshing your brand story for the US Market

With a changing consumer demographic and preferences, distributor consolidation, and brand explosion, we can all agree the wine business is more competitive today than ever before. The key to success in this day and age is brand pull, recall, strength, notoriety, recognition → brand awareness. A brand refresh strategy requires less risk than a total rebranding, and it can still get you the results you need to remain competitive. By making subtle changes to your positioning, messaging, and how you communicate, you can:

Michelle Erland, Senior Account Executive and Juliana Colangelo, Vice President of Colangelo & Partners, will talk about strategies and tools to refresh and differentiate your brand story to stand-out in the U.S. market for both press and trade audiences. Using case studies and data, they will share some of the most current and successful tactics for communicating your brand story to reach your target audience.