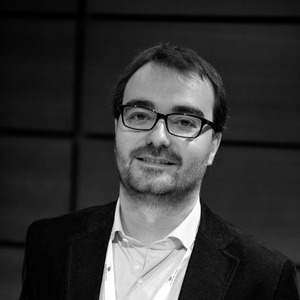 Giancarlo Gariglio was born on September 25, 1975. After classical studies, he graduated from the Faculty of Economics and Business at the University of Turin. In 2001 he landed at the court of Carlo Petrini and Slow Food in Bra, where he collaborated on the birth and development of the gastronomic association’s website.

As time goes by, his strong love for wine and the accompanying farming culture grows. He began serving on the regional tasting commissions of the “Vini d’Italia” guide (Gambero Rosso – Slow Food), and then became a permanent member of the final commissions that award the Tre Bicchieri. He is the editor of the 2008 edition of Slow Food Editore’s “Guida al Vino Quotidiano”. Since 2003, he has been writing and collaborating with various newspapers, including: the Slow Food magazine for which he was Editor; La Stampa di Torino; Il Manifesto; Famiglia Cristiana; La Repubblica. In 2007 he organized the “Vignerons d’Europe” event in Montpellier, France. Thanks also to this experience, on July 29, 2008, he co-founds the Federazione Italiana Vignaioli Indipendenti (FIVI). The FIVI Board of Directors chooses him as the Association’s first Secretary General. In 2010 he participated in the conception of the Slow Wine guide and, from the 2011 edition, he became its editor.

With the 2012 edition, the Slow Wine guide is also translated and published in English and German. He is author and editor of other numerous Slow Food publisher titles, including “Easy Wine,” “The Best 100 Bubbles of Italy,” “The Best 100 Pink Wines of Italy.” Since 2021 he has been the coordinator of the international thematic network dedicated to wine “Slow Wine Coalition” and creator of the new major trade fair event – Slow Wine Fair – held in Bologna from February 26 to March 1, 2022. Since the 2023 edition, he has been the sole editor of the Slow Wine guide.

Among the various tools for promoting Italian wine culture, wine guides historically had two main tasks: to reward the producers of the featured wines, and to help readers navigate the Italian wines on offer. Is this still the case? The panel of experts gathered for this session will present their views, discussing the current role of wine guides for the different parties involved. For producers, the concrete opportunities represented by participating in selections for a guidebook will be explored. Panelists will also discuss who the readers of these publications are today, and which specific questions they want answered. The wine guide itself as an editorial product will also be observed, considering its various formats in paper, digital or App.