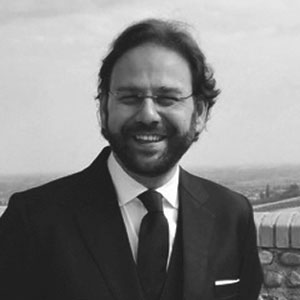 Dr. Francesco Pensabene is currently posted in Russia as Director of the Italian Trade Commission, Embassy of Italy in Moscow and also as Coordinator for the Russian Federation, Armenia and Belarus. He was previously the Director of the Italian Trade Promotion Office of the Italian Embassy in New Delhi and Coordinator of Trade Commission Offices in India, Nepal, Bhutan, Sri Lanka, Maldives, Bangladesh.
He holds a degree in law with a specialization in International law and is fluent in English, French, Spanish and intermediate in Turkish, along with his native Italian.
Нe got his start at the International Organizations Unit at the Head Quarters of the Italian Trade Agency in Rome, leading several business delegations overseas. He became responsible for the Asia and Pacific Division before being transferred to Istanbul as the Deputy Trade Commissioner at the Consulate General of Italy in Istanbul (Turkey). His track record at the Head Quarters in Rome (ITA) includes the role of  the Director of the Department of International Cooperation and also the Director of the Division of Legal Administration at the Human Resources Department.