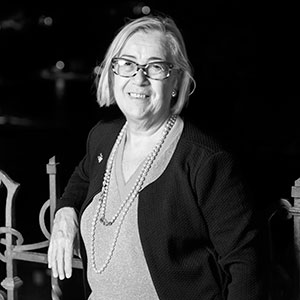 Born in Siena in 1953 Donatella graduated in History of medieval art with top marks. After a period of five years devoted to historic and artistic studies in 1984 she began working on the family estate where she stayed for 14 years.

In 1993 Donatella Cinelli Colombini founded the “Wine Tourism Movement”. The same year she invented ‘Cantine Aperte’, the day that in a few years brought success to wine tourism in Italy. Donatella also promoted the first courses for specialist in wine tourism, and now teaches the techniques for changing wineries into tourist destination in post graduate master courses regarding tourism and farming management.

In 1998 her parents gave her Fattoria del Colle in Trequanda with its beautiful country inn, and Casato Prime Donne in Montalcino (Tuscany) where she has created two wineries and a production of high quality wines. These wineries are the first in Italy with a female staff. Now they produce 170.000 bottles par year and export their wines in 34 foreign countries.

From 2001 to 2011 Donatella Cinelli Colombini she was the Tourism Councillor at the Siena Town Hall. Among her achievements is “Trekking urbano” a new kind of tourism sport, which was exported from Siena to the rest of Italy.

In 2003 she won the Oscar for Best Italian wine producer, prize awarded by the Italian Association of Sommelier, AIS Rome-Bibenda,

In 2012 she received the International Vinitaly Prize.

Since 2013 she is President of The Consorzio del Vino Orcia.

In 2014 Donatella was nominated Cavaliere della Repubblica Italiana and in 2015 she received the Premio Minerva.

The future of wine is woman. First results of a survey on the gender gap of wine companies in Italy

The study on the gender gap in the world of wine, conducted by the University of Siena in collaboration with Le Donne del Vino and UIV, has highlighted the growing role of women in Italian wineries who have become protagonists of the commercial, communication, marketing, cellar hospitality, and agritourism-catering sectors. There remains a problem related to the lack of nursery schools (absent in 100% of the sample) which could be directly related to the high percentage of female employees working part-time. Donatella Cinelli Colombini will present the proposals of Donne del Vino to accelerate equal opportunities. These proposals concern the maintenance of the current advantages for female-run farms and a bonus – in terms of tax breaks or scores – for farms where there is equal pay and career progression between genres. Wine blogger and influencer Laura Donadoni proposes the introduction of courses against gender violence by presenting the American example. Valentina Ellero (UIV) will talk about sustainability and how effective gender equality can only be achieved through the punctual monitoring of ethical and social indicators.