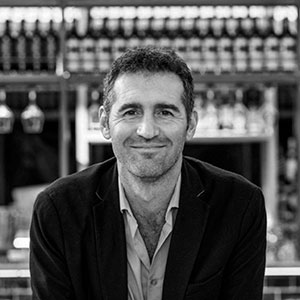 Dino Borri currently serves as Eataly Global VP. He was born and raised in Bra, a small town in Piemonte, Italia, and got his start in the food industry in 2000, when Slow Food hired him to organize and coordinate all their gastronomic events. In 2008, Dino started collaborating with Eataly Turin, where he soon became the person in charge of opening new Eataly stores all around the world. He lived in Japan for one year, where he curated the opening of all the Eataly locations in Japan. In 2010, Dino moved to America to launch the first US location in New York City’s Flatiron District. Living and breathing high quality food and Mediterranean lifestyle, Dino is now concentrating on developing key partnerships and relationships with like-minded Italian brands abroad.

Meta-luxury: storytelling in the digital age

In today’s digital-first age, many wineries still fail to harness their most valuable asset: their information. Unlike other industries where the quality of digital product information, brand photography, and story-telling creates success, wineries have a difficult path to market. In this session, Madeline Puckette introduces Wine Folly’s latest project: Region Guides. These dynamic, education-focused guides walk consumers through a region in order to discover wineries and wines. Region Guides remove wineries’ barriers to the market by allowing them to present their brand and wines directly to consumers.