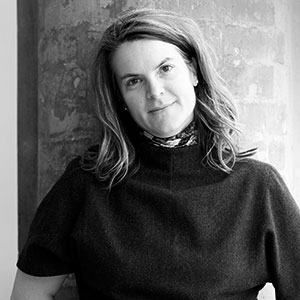 Cathy Huyghe is an award-winning journalist and entrepreneur, and an engaging public speaker. She is the co-founder and CEO of Enolytics, a data-driven business intelligence provider to beverage alcohol companies around the world. She is a columnist for Forbes about the business and politics of the wine industry, and she writes for Inc about mindfulness practices for entrepreneurs particularly in the hospitality industry. She is a featured commentator for the “Reign of Terroir” episode in the Netflix series Rotten, which has been nominated for an Emmy award. Enolytics is a featured protagonist in a Harvard Business School case study in business analytics.

Huyghe has been practicing yoga for two decades and meditation for the past eight years. She studied meditation with Tara Brach and Jack Kornfield and earned their teacher certification, and she is also certified to teach hatha yoga in the lineage of Kashi urban ashram in Atlanta. She founded Writing for Seva as a service project, which led directly to co-creating content for A Balanced Glass, an award-winning community that raises awareness for wellness and mental health in the wine industry.

As a journalist, Huyghe was shortlisted in 2019 as the Louis Roederer Columnist of the Year for her Forbes column on the business and politics of the wine industry, and she won the Born Digital Wine Award in 2020 for Best Interview for her article on misogyny in the wine industry. Her writing has also been seen and heard on the BBC, the Harvard Business Review, The Atlantic, The Washington Post, NPR and WNYC. Her first book, Hungry for Wine: Seeing the World through the Lens of a Wine Glass, won the World Gourmand Award for Women in Wine in 2016. In the Wall Street Journal, wine columnist Lettie Teague described it as “personal and political, with tasting notes.”

A two-time graduate of Harvard University, Huyghe established a special interest group in 2009 called Harvard Alumni in Wine and Food. She also served as President of the Harvard Club of Georgia and continues to serve on the Board of Directors for the Harvard Alumni Association. She has worked in restaurant kitchens in Paris, Las Vegas and Berkeley, California for world-renown chefs Alice Waters, Thomas Keller and Jean-Pierre Vigato.

Huyghe lives in Atlanta with her husband, their twin boys and their Bernese Mountain Dog named Karma.

Can working in the wine business really be GOOD for you?

During COVID wine was over-used, sometimes vilified, and other times used as a crutch. So as we head through a time of transition, how can wine professionals hone their own skills to manage their health through mindfulness, moderation and awareness? Join Rebecca Hopkins and Cathy Huyghe of A Balanced Glass to discover ways to make the re-entry back to business a little easier with practical tools to help manage health and wellbeing.