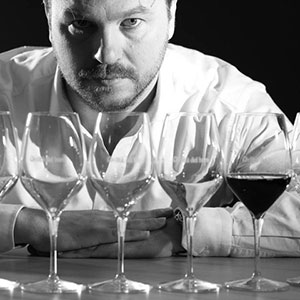 Alessandro Torcoli is editor and director of the historical wine magazine Civiltà del Bere. After classical studies he graduated in Public Relations (Communication Sciences), became a professional journalist and sommelier AIS. He has collaborated with several newspapers, including Corriere della Sera, Il Giornale and Il Sole-24 Ore. He has participated as a wine expert in television broadcasts and as a juror in international wine competitions (first of all the prestigious Decanter World Wine Awards). In addition to journalism, he also organizes events, such as the wine summits VinoVip Cortina and VinoVip al Forte. In 2009 he won the award as “Best Young Italian Journalist” (with nomination also in 2008, 2010, 2011, 2012, 2013) awarded to him by the Grandi Cru d’Italia association, which brings together 140 of the most prestigious Italian wineries. Since 2014 he is Academic Correspondent of the Italian Academy of Vine and Wine. On 28 May 2010 in Siena he received the “Dionysus d’Oro” Award from the Ministry of Labour. In 2011 he opened the Enoluogo in Milan, a wine bar 3.0 that houses part of the editorial staff of the magazine Civiltà del Bere. He is Second Stage Student at the Institute of Master of Wine. In March 2014, on the proposal of the Masi Foundation, he joined the Selection Committee of the Civilization Award of Wine, of which Isabella Bossi Fedrigotti is President and which includes Piero Antinori, Angelo Gaja, Jens Priewe, Ezio Rivella, Luciano Ferraro.
In 2016 he organized “The Five Days of Milan”, five events at the Leonardo da Vinci Science Museum. In 2017 the “WineDays”, always in Milan, and since 2018 “Simply the best”, the most titled tasting made in Italy. He advises on international strategic marketing, event organization and organizes international comparative tasting masterclasses. He teaches Wine Communication in prestigious university masters and is responsible for the Communication Area at the Master’s Degree in Italian Wines and World Markets of the Istituto Superiore Sant’Anna di Pisa.
In 2016 he published his book VINOLOGY, published by BUR-Rizzoli, a long-seller (30,000 copies sold) still at the top of the Italian Wine&Spirits charts. In 2018 he created the first wine competition that enhances the values of territorial identity by combining them closely with the intrinsic quality of wine and aesthetics of the packaging: WOW! of Civilization of Drinking. In 2019 he published his book “In vino veritas”, published by Longanesi, with which he won the Bancarella Cucina Award 2020.